Inequality remains stark between the West Bank and Gaza, with over 50 per cent of the population in Gaza living in poverty. In 2010, the state’s Ministry of Social Development implemented the Palestinian National Cash Transfer Program (PNCTP), aiming to enhance participants’ ability to meet their basic needs. Families are selected by means tests and the benefit is quantified to cover 50 per cent of the household poverty gap. The PNCTP reaches 119,000 families (41% of the total targeted), of whom 74,000 live in the Gaza Strip. The program targets those furthest from opportunity, with 84 per cent of beneficiaries reported in the lowest income quintile.

Families in the lowest income quintile in the West Bank and Gaza regions.

The PNCTP reaches 119,000 families with income support, and according to World Bank an estimated 84 per cent of beneficiaries are from the lowest income quintile and 70 per cent were among the poorest 10 per cent of the population.

This research was made possible through the Reach Alliance, a partnership between the University of Toronto’s Munk School of Global Affairs & Public Policy and the Mastercard Center for Inclusive Growth. Research was also funded by the Canada Research Chairs program and the Ralph and Roz Halbert Professorship of Innovation at the Munk School of Global Affairs & Public Policy. We express our gratitude and appreciation to those we met and interviewed in Palestine, including government officials, front-line social service professionals, civil society activists, and scholars. Your work and dedication are inspiring. 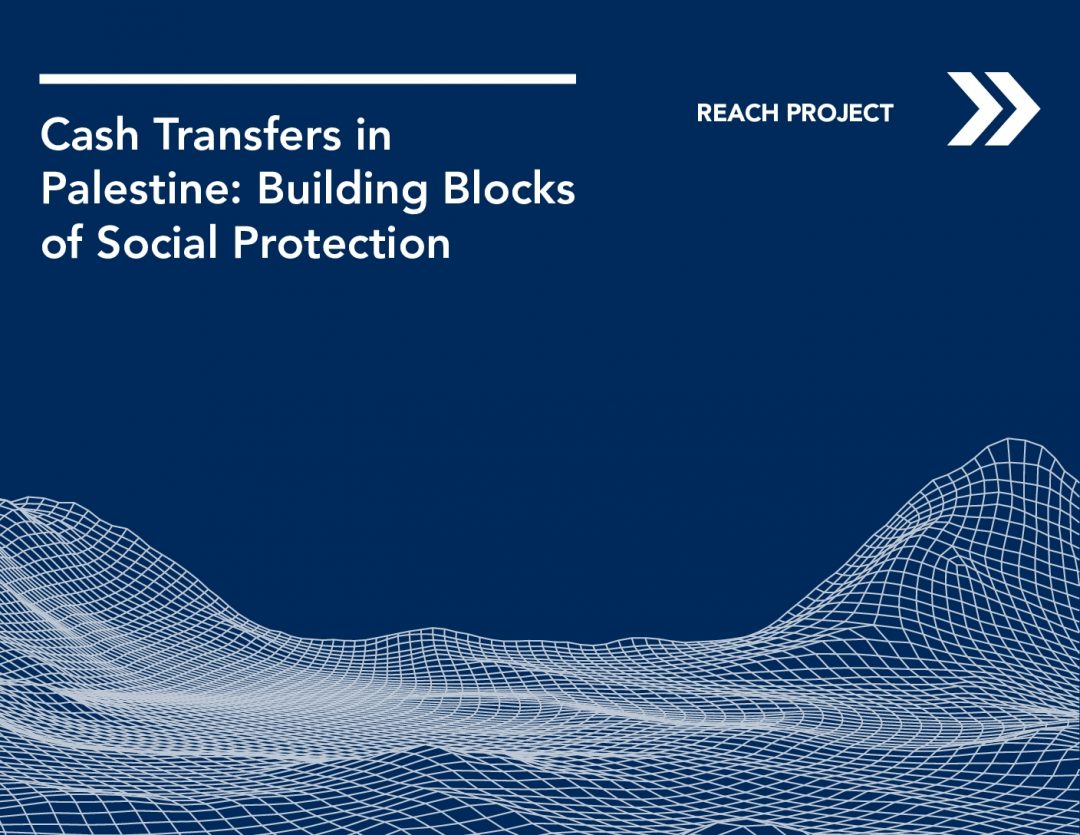