Studying the impact of Urgent Action and Just Relief (URJA) on improving women’s security in Madhya Pradesh, India. Studies show that police mistreatment in marginalized and resource poor communities – particularly in the gender violence context, where female victims are often blamed or challenged, leads to mistrust of police. Hierarchical police structure makes it difficult to introduce new practices unless senior officials initiate new interventions and are involved in the implementation. Police training is especially challenging in low-income societies, where funding tends to be directed to more visible areas, such as improved police infrastructure and more officers on the streets. URJA is a policy intervention that aims to increase access to women’s police stations through the creation of helpdesks, establishing standard operating procedures and training to guide officers on cases involving women and hiring additional female police officers. Reach Researchers aim to discover the impact of the standard operating procedures and trainings under the URJA Program on gender sensitive policing in Madhya Pradesh.

URJA shows initial promise in effectively introducing a system to handle crimes against women. Based on the case study findings, key recommendations to further the rollout of URJA include:

This research was made possible through the Reach Alliance, a partnership between the University of Toronto’s Munk School of Global Affairs & Public Policy and the Mastercard Center for Inclusive Growth. This research was completed by researchers at the University of Oxford’s Saïd Business School and Blavatnik School of Government, members of the Reach Alliance.
The Reach Alliance is also funded by the Roz and Ralph Halbert Professorship of Innovation at the Munk School of Global Affairs & Public Policy. We express our gratitude and appreciation to those we met and interviewed, notably the police officers and senior leadership of the Madhya Pradesh Police Department. In particular, we thank Anuradha Shankar and Vineet Kapoor for facilitating our research and providing helpful guidance.

The empirical research this case study is based on received approval from the Ethics Review Board at the University of Oxford. 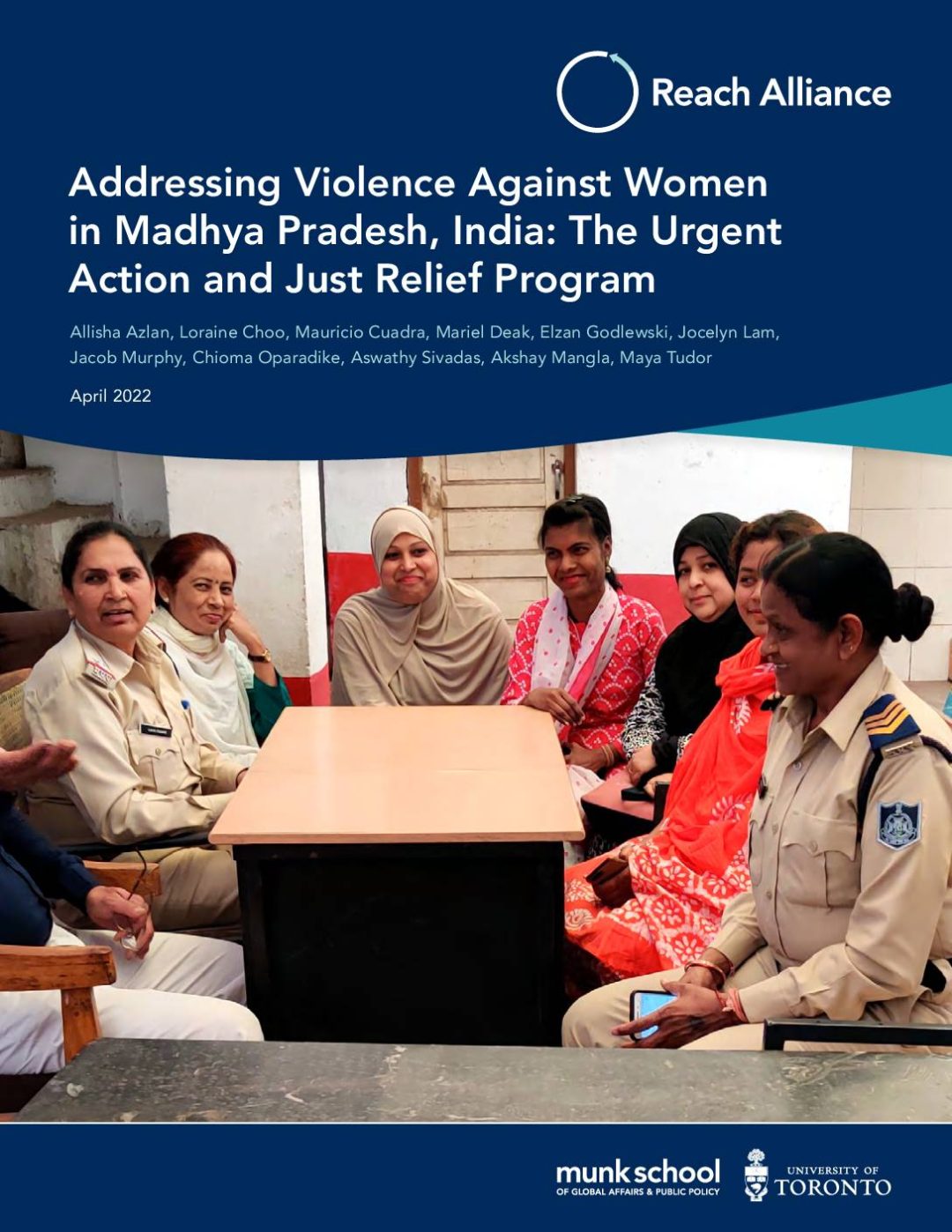